I got around this weekend to installing some RS6 EGT’s in my S4.  Reason for these is that with some *minor* changes to the software the full range of exhaust gas temperatures can be recorded via the ME7Logger instead of only seeing EGT’s display when something is going wrong, which is the case with the stock EGT sensors and stock S4 tune.

Up front a word of thanks to Jonathan, Johnny Bravo, for the suggestion to do this and pointing me in the right direction when I got started.  At the tail end of the project Daz, DDillenger, was a *big* help in getting the software changes, something that required delving into TunerPro and XDF files in ways that I’d not done previously.

Here’s a look at the sensors fresh out of the box.

After the hardware install and updating the ECU software I wanted to confirm that everything was working as expected.

Here’s how the EGT’s varied over a drive. 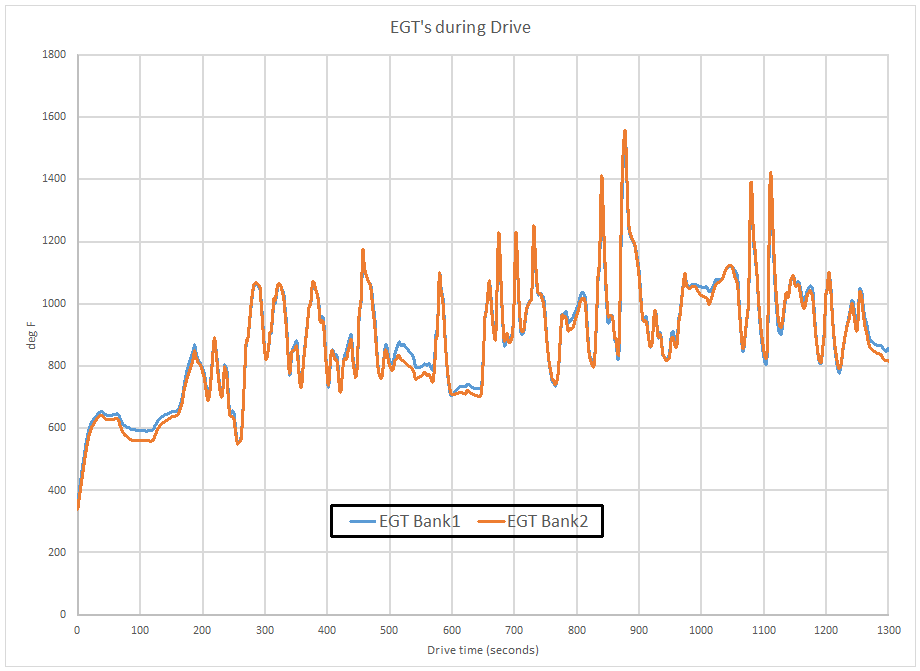 And then a pull just shy of 6500 rpm with K03’s.  This was the first pull to the 6000 rpm range that I have done since re-installing the AMD intercoolers. 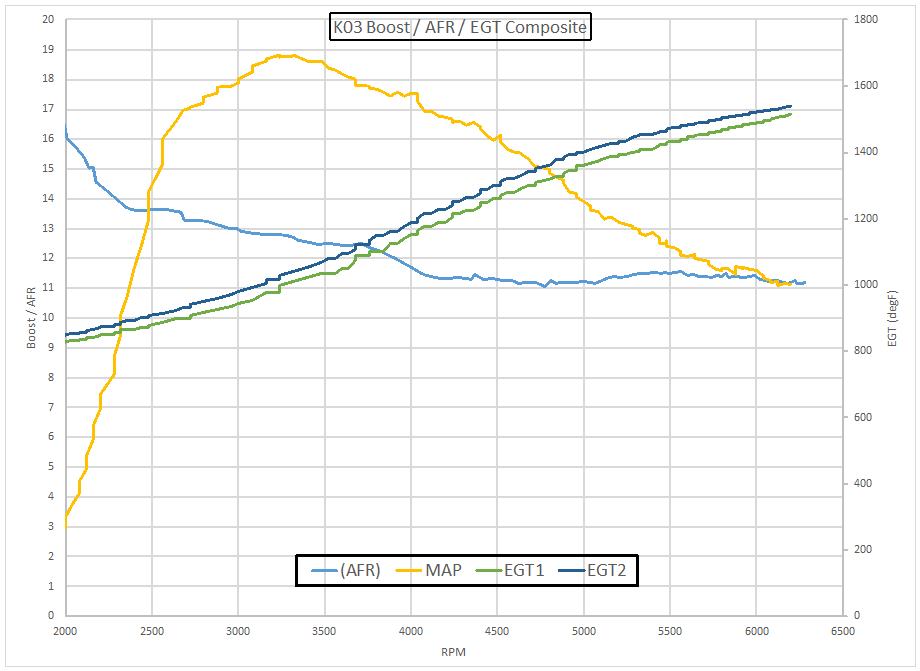 All in all the project went smoothly thanks to the help I had.

Minor update, a comparison with the ECU modeled EGT’s that normally are reported as EGT’s at the O2 sensor.