Keeping air intake temperatures low is a significant challenge on a turbocharged car, so much so that auto manufacturers frequently equip turbocharged cars with heat exchangers (aka intercoolers) purposefully built to lower the temperature of air entering the motor.

Upon start up in the morning when the engine was cold all three temperature readings, the vehicle air intake temperature sensor, the instrument cluster displayed outside air temperature, and the Auber sensor in the charge pipe all read nearly the same, about 75 degF.  Shown by the green line in the chart below.  The horizontal axis is time in seconds and the vertical axis temperature in degrees Fahrenheit.

What grabs my attention on this chart is how quickly the air temperature passing through the intake rises (Orange line is pre intercooler, blue line is post intercooler).  The stock intercoolers are doing a good job initially, but the air exiting the turbocharger continues to steadily climb, even though the car is not being operated under any heavy loads.  It isn’t until about 12 minutes (810 seconds) into the drive that the first heavy acceleration takes place.  That acceleration has a momentary affect on the temperature causing an upward spike, but the air temperature quickly drops back to the pre-event level, but it continues to climb upward.

After just over 15 minutes of driving the temperature leaving the turbocharger at steady state driving is 50 degF higher than the air temperature entering the intake system.

After letting the car cool for the afternoon I went out for another drive approximately 6 hours after the first drive.  The log for that period is shown below.

It’s evident to me that the intercoolers, regardless of whether they are stock or aftermarket, do an excellent job of masking a potential source of improvement on this car.

The question I now have is, does the air passage through the turbocharger cause the dramatic rise?  Could it be the close proximity of the turbo inlet pipe to the exhaust manifold? 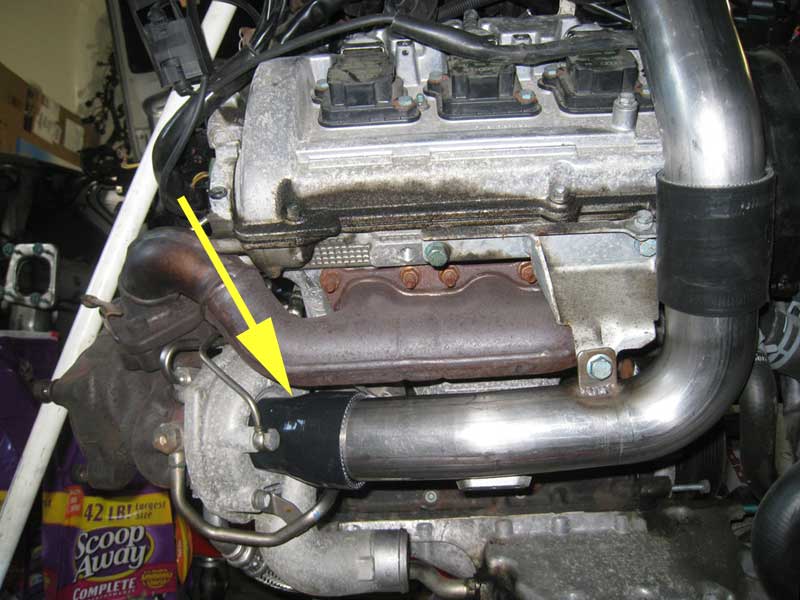 Given the substantial affect that air temperature has on the engine’s performance, and the fact that even without boost pressurizing the charge air the temperature of the air going into the intercooler is 50-60 degrees above the ambient temperature, there appears to be an opportunity to improve the engines output if a solution can be found for bringing the intake air temperatures down.