For a reducing transition the longer, thus more gradual the transition, the lower the value for the loss coefficient.  What I was interested in finding out was if the way the turbo inlet pipe was positioned inside the reducer would have any affect on the flow rate.  Given the short range over which the inlet pipe could be varied I did not expect to see much change.

The setup utilized the RS4 y-pipe with one outlet capped off.  The other end was attached to a short piece of the turbo inlet piping.  On my car I have cut the inlet pipe into two sections roughly halfway along the length of the inlet pipe. 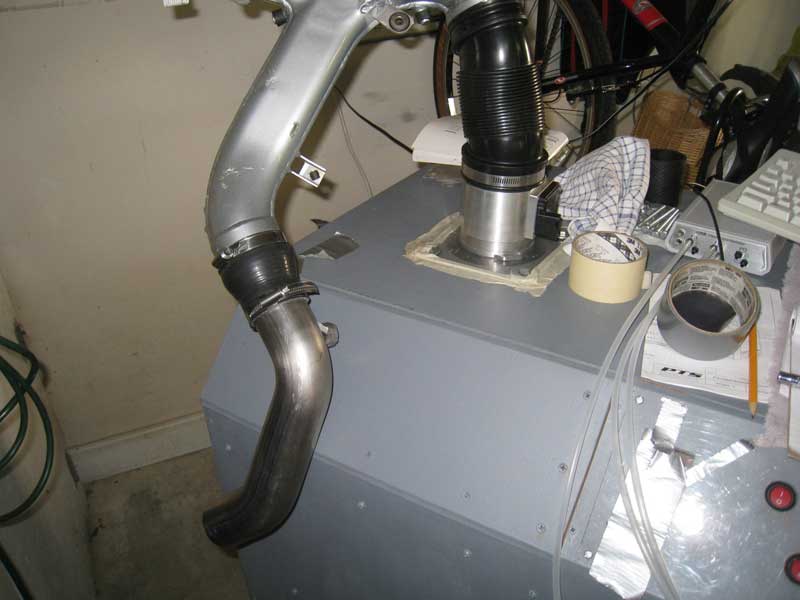 To facilitate taking airflow measurements at defined intervals, marks were placed on the inlet pipe every 10mm over the range in which adjustment could be done. 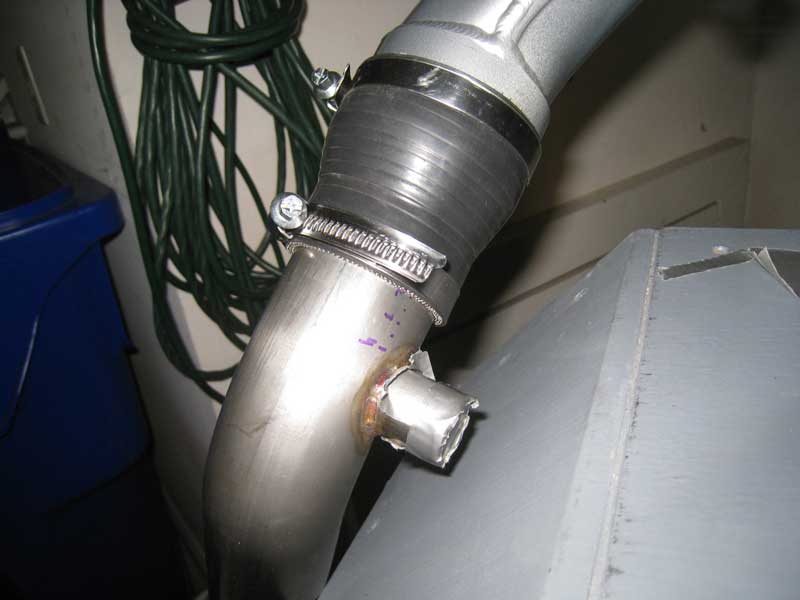 With the inlet pipe placed at the furthest location inside the reducer (40mm mark) the pipe and coupler looked at follows: 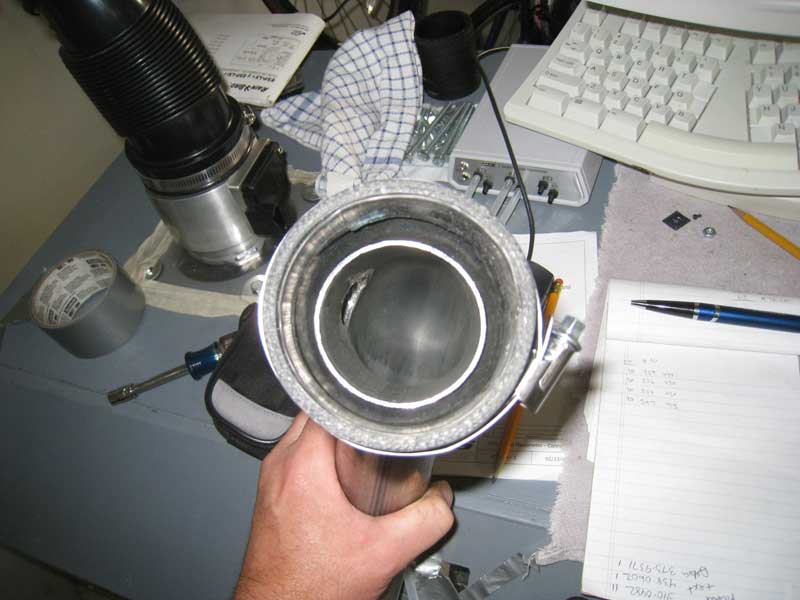 With the inlet pipe placed at the further position (10mm mark) the arrangement looked as follows: 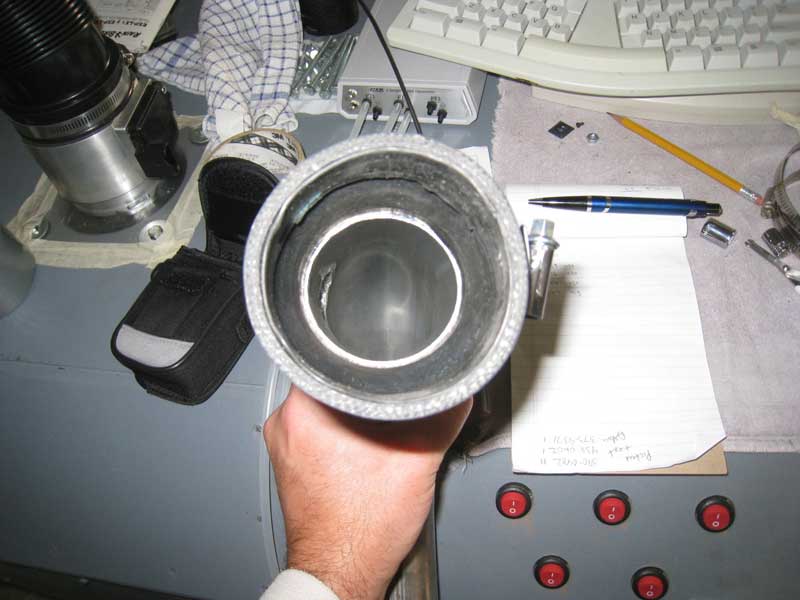 The inlet was then tested for airflow quantity (CFM) at 10″ of H2O over the range of marks. 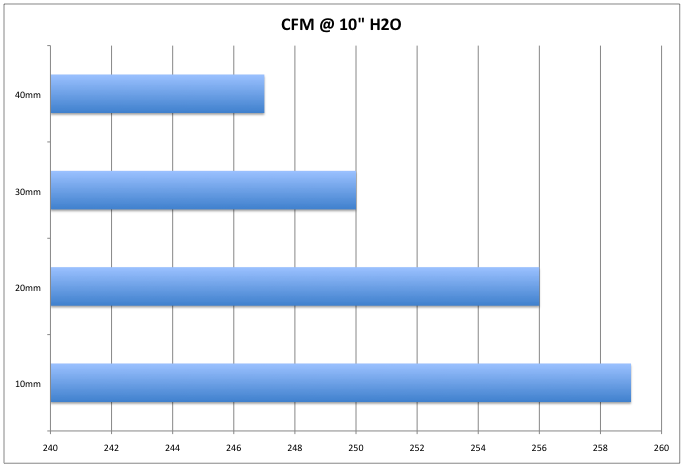 Shown as a relative change in airflow from the baseline state, which I chose to have be when the inlet was fully inserted. 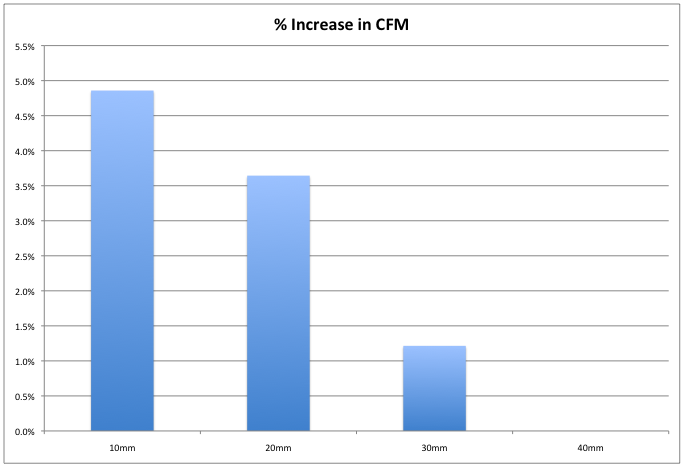 I was somewhat surprised by how substantial the change was given how little the range span varied.